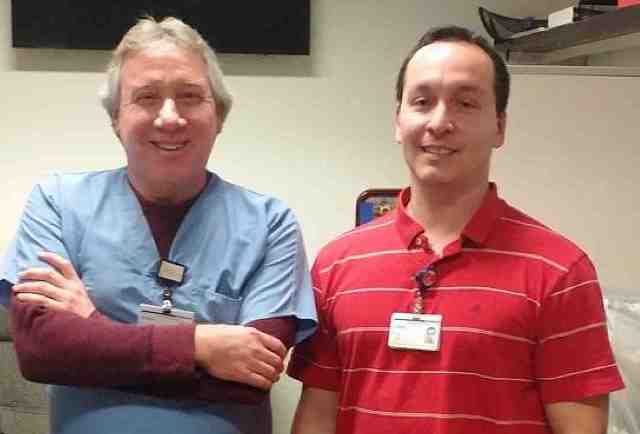 There's been talk among the laboratory technologists at Wisconsin Diagnostic Laboratories in Milwaukee about creating a career ladder for years, but it never came to fruition until recently.

The medical technologists entered into negotiations at the end of 2016, and they took the time to turn a management proposal into a career ladder program that would lead to what they called a Tech II position that would have more responsibilities and more pay.

"There are people who always do extra, but they don't get any benefit for it," says John Epple, a cytotechnologist and chief steward at WFNHP's Wisconsin Diagnostic Laboratories Chapter. "Maybe they're just overachievers or just hard workers, but now they can get recognized" for doing more.

Although the techs liked the proposal, they felt it was poorly structured and insisted it be tabled for further discussion, says Chapter Vice President Louie Borda. As planning got under way at the beginning of the year, the techs approached management for input but got none.

"They basically threw it back on us," Epple says. "We knew if this program was really going to work, it would have to be what we, the techs, envisioned."

From the start, the techs knew they couldn't craft a blanket set of criteria and apply it to every lab worker because the jobs are different. "When it came down to specific duties or specific responsibilities, we realized it had to go by department," Epple says.

Epple and  Borda went to members in each department and asked if they would participate on a committee created to work on the career ladder program. People from every department stepped up to join. They were tasked with developing criteria to advance workers in their department to the Tech II position.

The committee met weekly at the union office, and what started with five members grew as the group began to hammer out the criteria.

The process was completed by July, and it had universal support from the membership. To date, 20 techs have applied and been accepted for the Tech II position.

"People came forward to be a part of this committee, and they saw our union working and how it made a difference for them," says Epple.

The program is a win-win for members and the facility, he says. "Our career ladder program really gives us a leg up: Membership engagement has increased, and it's been good for recruitment and retention in a competitive market that is facing a shortage of techs."